Back to top
First Commonwealth FCU

First Commonwealth is the largest credit union in the Lehigh Valley, Pennsylvania serving more than 68,000 members, 1,500 businesses, and has over $930 million in assets. Named Top Credit Union in Pennsylvania and one of America’s Top 50 Credit Unions by Forbes’ in both 2019 and 2020, they have an ambitious agenda to differentiate their brand and member experience which started in 2017.

First Commonwealth has aggressive growth plan, a purpose-driven brand and is focused equally on expanding retail locations and digital capabilities. Looking to fundamentally change how they served their existing members, with more than seven new locations they are enthusiastically engaging new and existing consumer and business members. Banking is a crowded market dominated by the large National banks. Local banks and credit unions often struggle to define their value distinct from the large banks, and as less and less people visit physical branches they struggle with the ROI of investments in their branch network. But, while branch traffic declines, the branch remains the number one factor influencing the selection of a financial institution and a key means for credit unions to define their value and serve their members.

We worked with First Commonwealth and spent time in the communities they serve to understand FC’s value and how FC could offer something unique and different to their members. Our proposal consisted of the radical idea to dedicate one-third of the branch space to a non-traditional-banking program focused on financial literacy and betterment. We originally named the program Common Cense, and it was renamed and implemented as the First Commonwealth Financial Wellness Center.

The program consists of an architecture of resources, tools, and content on financial literacy and money matters with a dedicated space within each of their branches. The Emmaus property was the first implementation where we were able to define the physical external form. The spaces are a hybrid retail space, coffee bar, and library. Branch staff were trained in financial literacy to be able to act as coaches and advisors for members. The physical space contains resources and props that reflect matters of money and are intended to be both part of the look of the space and conversation starters during engagement between members and staff. The branch launched with a basic setup which evolves over time. Also located in the front wellness center is an NCR interactive teller machine where members can engage with a remote teller. There are doors that separate the front space from the back to allow for after-hour events.

Beyond the front wellness space is a redesigned branch environment consisting of advisory offices, conference space, teller pods, restrooms, and back of house area. The open design allows staff to easily move about the space, greeting members face-to-face, and interacting with them hip-to-hip.

The first branch, Crawford, opened to huge success with attendance on opening day far exceeding any expectations and record breaking new acquisitions for FC in the first few months. The Crawford center was followed by a new branch in Easton ,PA, and then Lehighton. In 2019 we opened the flagship center in Emmaus, PA—a converted Wendy’s restaurant (shown above) which also defined the new exterior look for future financial centers. We also opened a center in Whitehall in late 2019, and centers in Trexlertown and downtown Allentown in 2020. 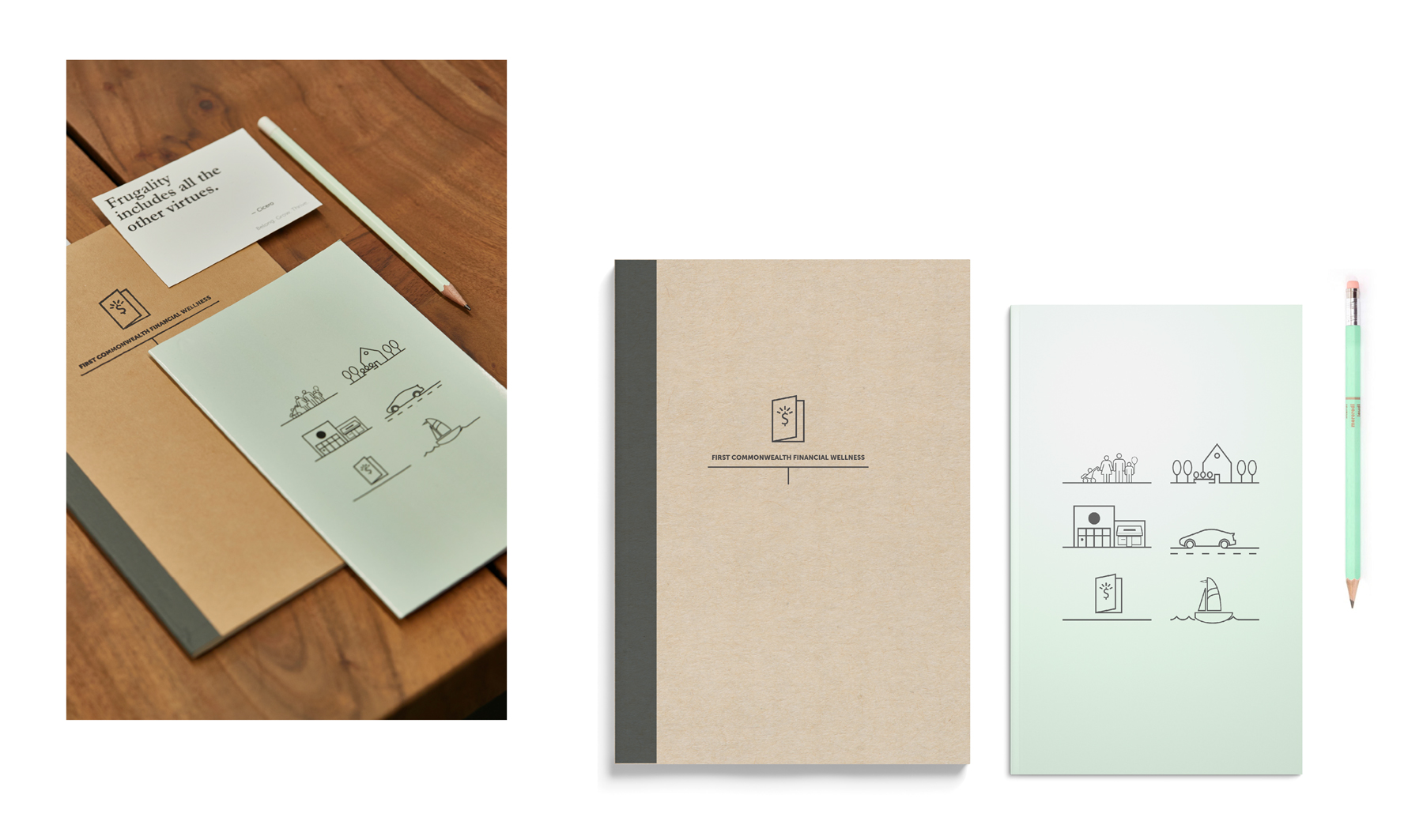 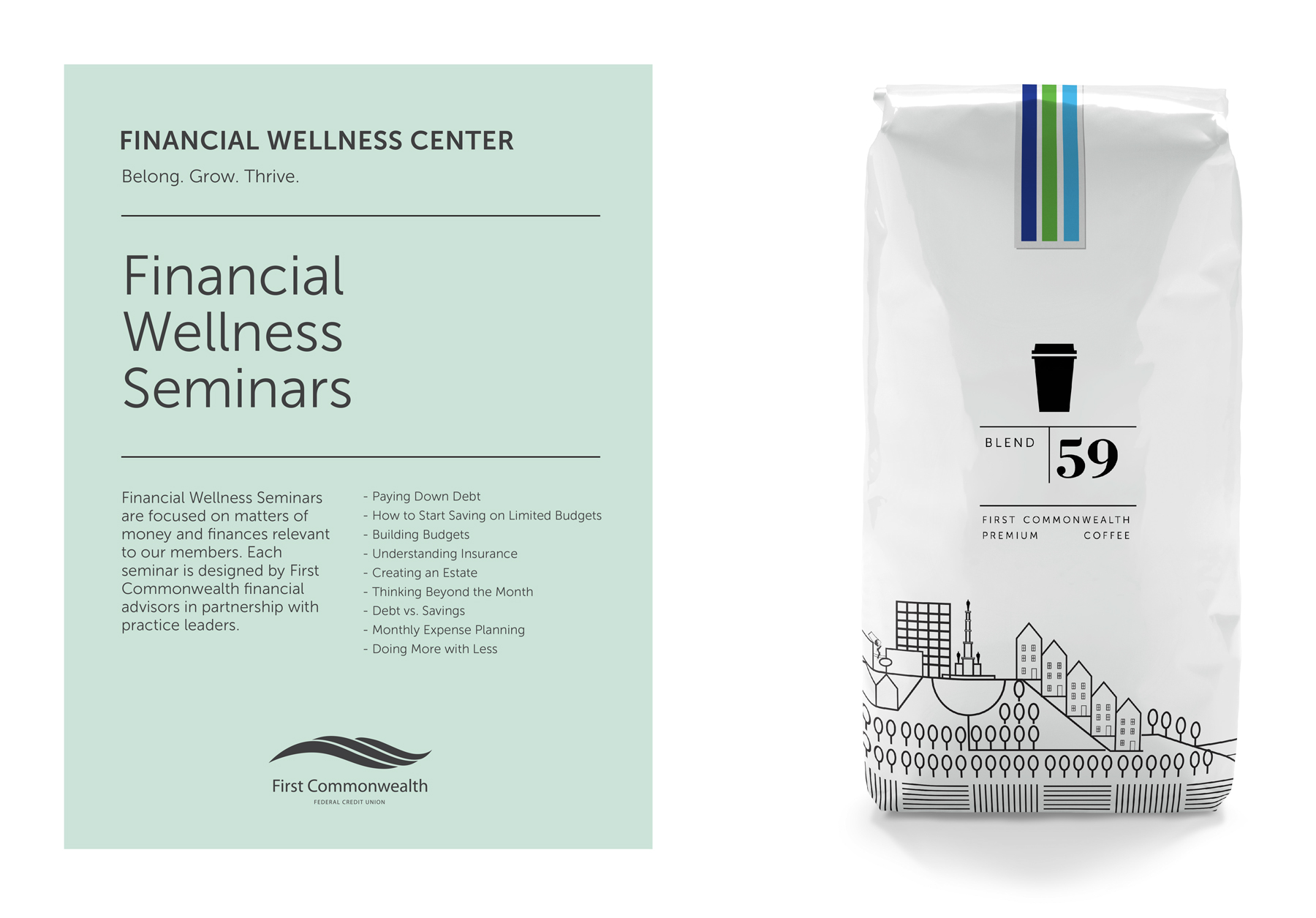 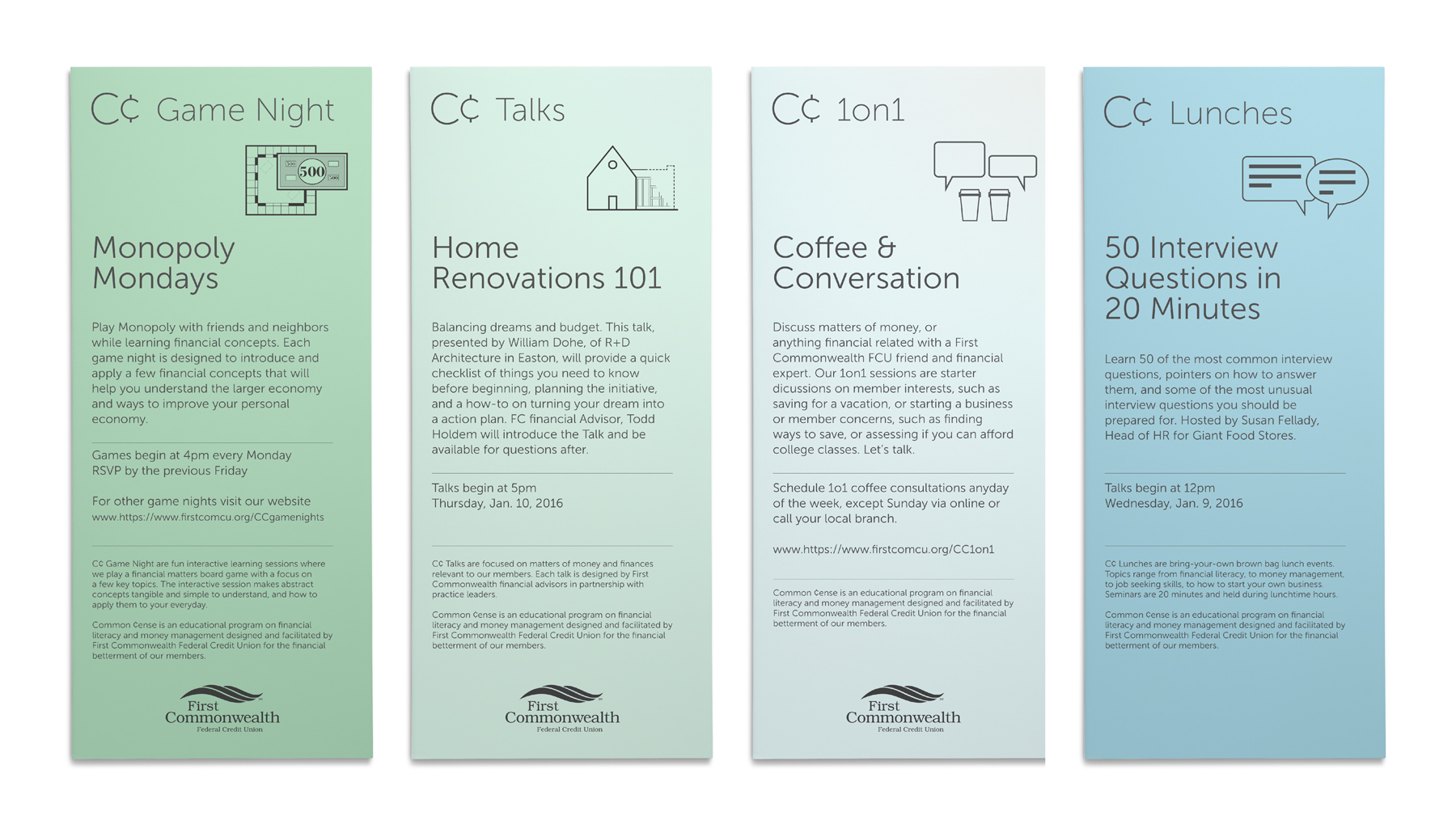 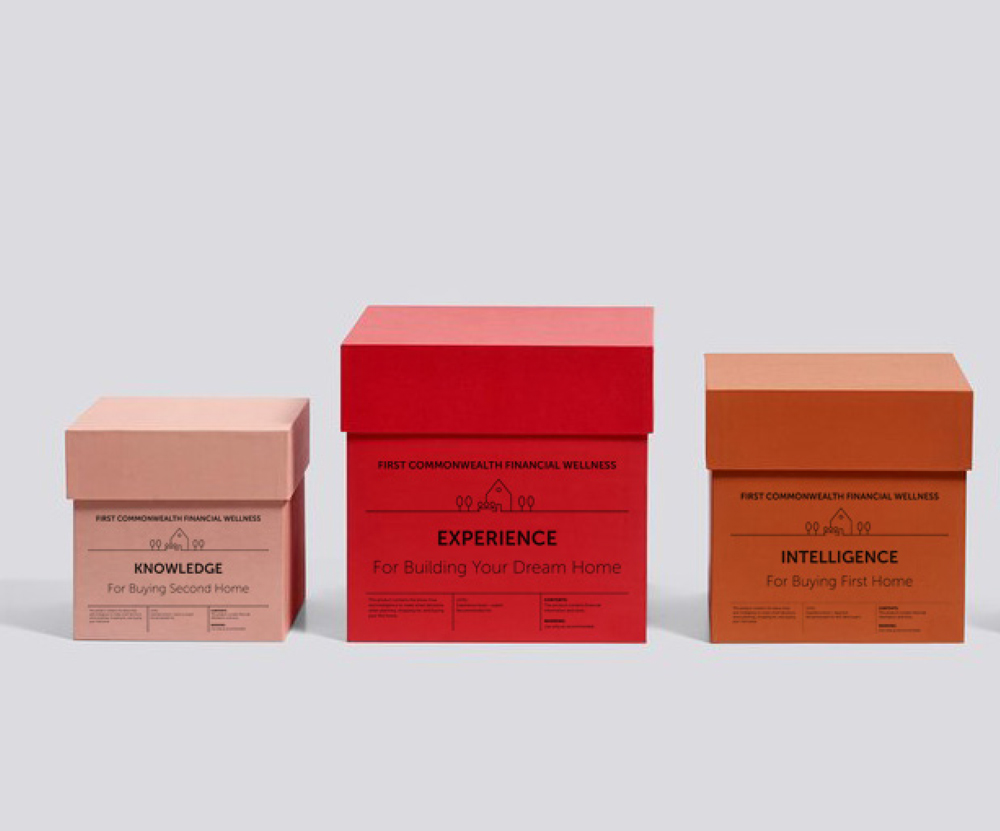