Back to top
North Creek Unbuilt

This new financial center was part of an effort to develop a new type of banking experience for a credit union based South Carolina. They were seeking a smaller format with a strong focus on advisory services. The new format leveraged NCR’s Interactive Teller digital solution to handle transactions, freeing up staff to focus on personal engagements with their members. Our design lead with a long Conversation Bar as the heart of the new experience where staff would intercept and engage customers upon entry. This bar also had two workstations built-in and a cash recycler for redundancy. Staff also were to have tablets to more freely roam around the space.

The design of the branch offered a simple clean setting with rich dark wood, further enhanced through a custom dimensional slat-type wall. The wall was a single dark walnut veneer and the protrusions created a deep rich wall surface that occurred along the left side of the branch spanning from the entry vestibule to the new Conversation Bar. The rich walnut was complemented with a near black tile flooring in the vestibule. The wood wall also concealed a 24hour glass partition that separated the vestibule during after-hours allowing the ITMs to be accessible by customers 24-7 with card access.

Media was prominent within the space, while seamlessly integrated into surfaces and forms. This detailing, along with a content program consisting of minimal images from the local watershed area created a sense of serenity and warmth.

The advisory spaces were simple, basic furniture needs, while having rich wallpaper textures on two walls, a unique custom graphic along the back wall, and a large photographic print set on the floor and leaning against the wall. The driving intent throughout the branch was an idea of simple luxury: enveloping rich spaces accomplished with minimal effort.

In the center of the space, and acting as a division between the digital solutions in the entry vestibule and the branch space was a small all glass conference space, with the exception of a monitor wall segment on the right. Sound was controlled through an acoustic baffle ceiling. All door hardware in the branch had concealed jambs and hardware, so the setting had a continuous clean look.

The project was fully-developed and detailed and we were working with a fabricator on samples when the onset of the pandemic forced the project on hold. This branch was one of two, the other proceeded and was built while this placed on hold, and then terminated. The two branches shared a similar design language, but interpreted in slighlty different ways. Look for a jump to that case study soon. 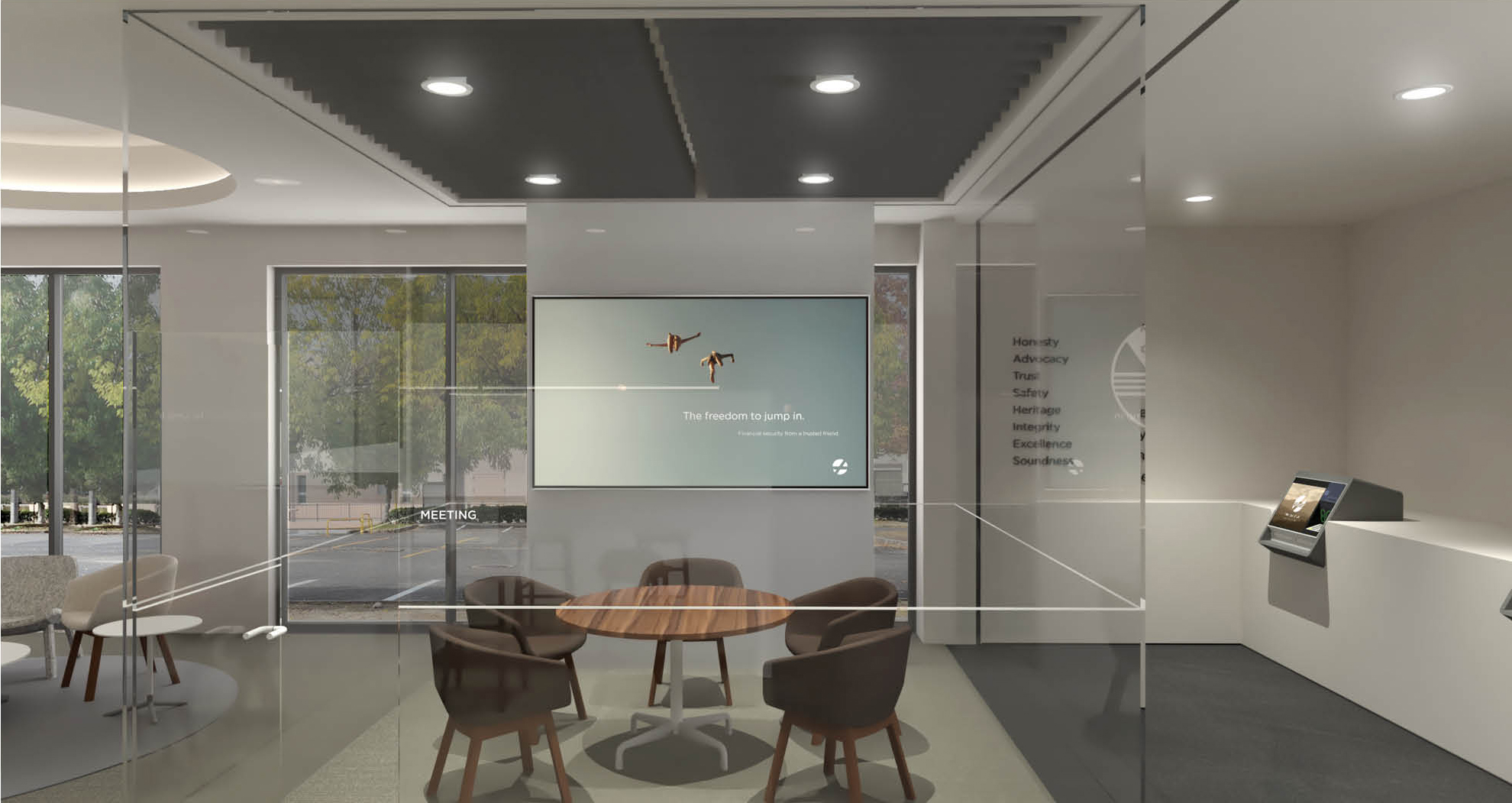 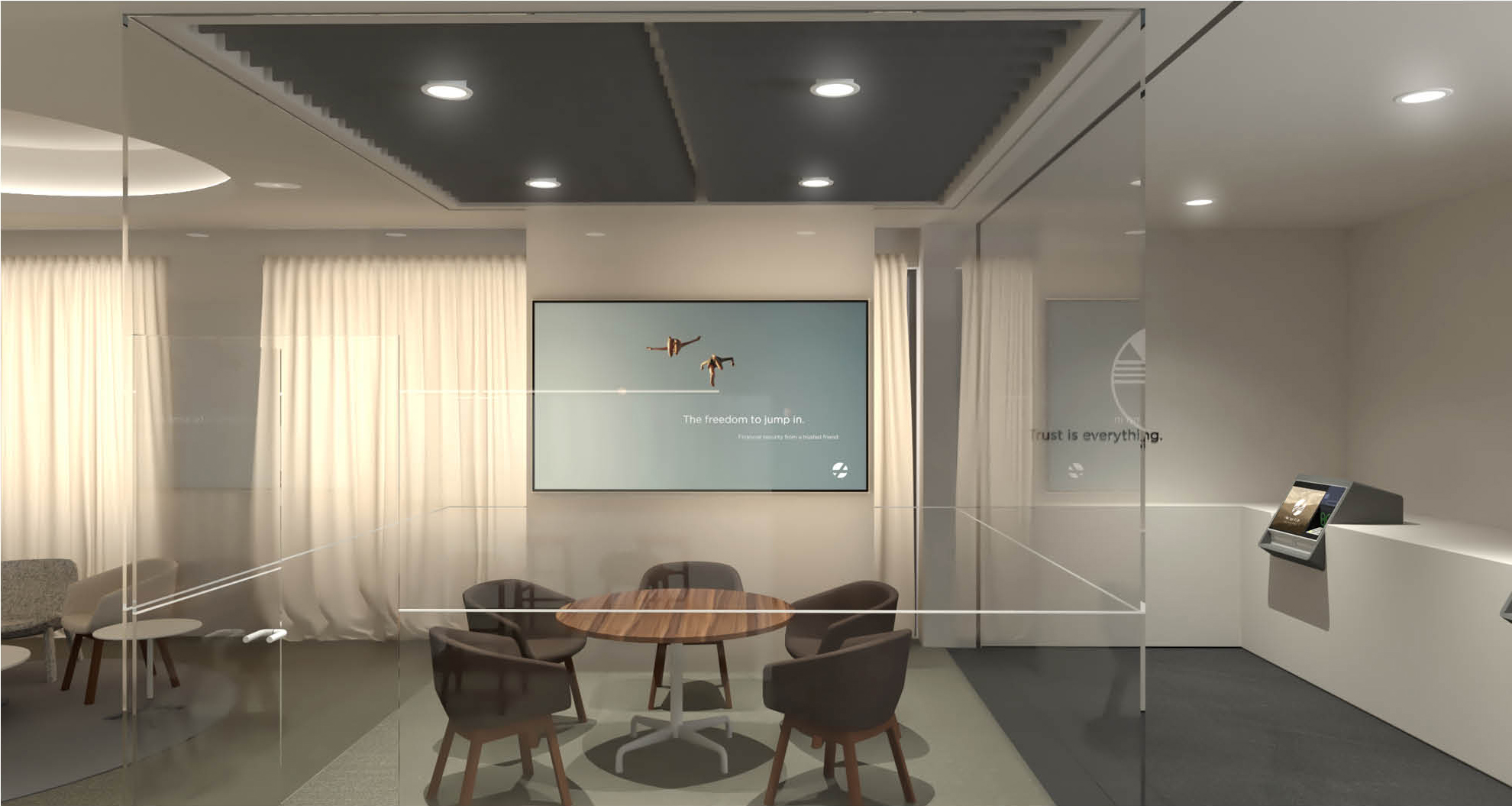 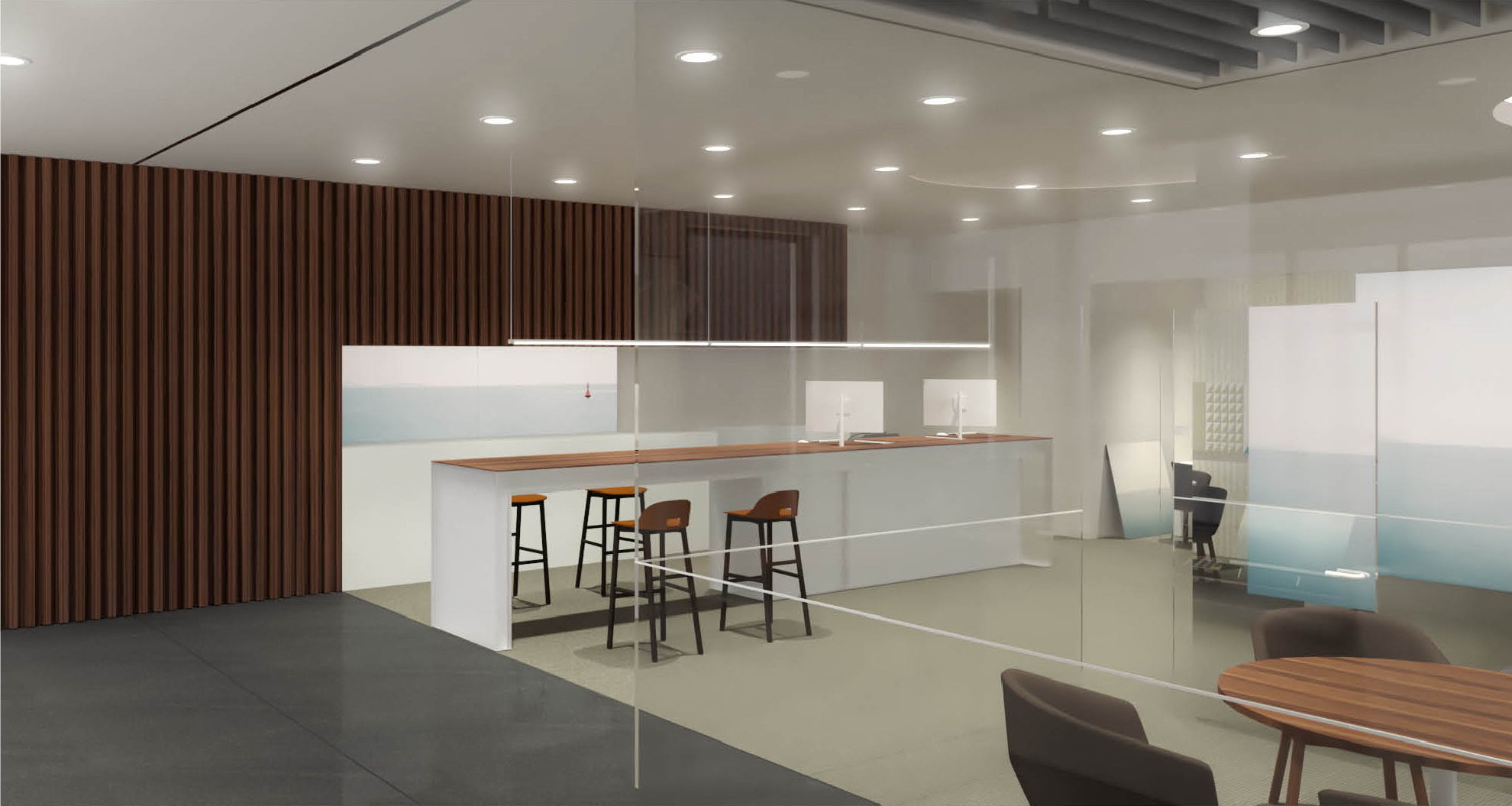 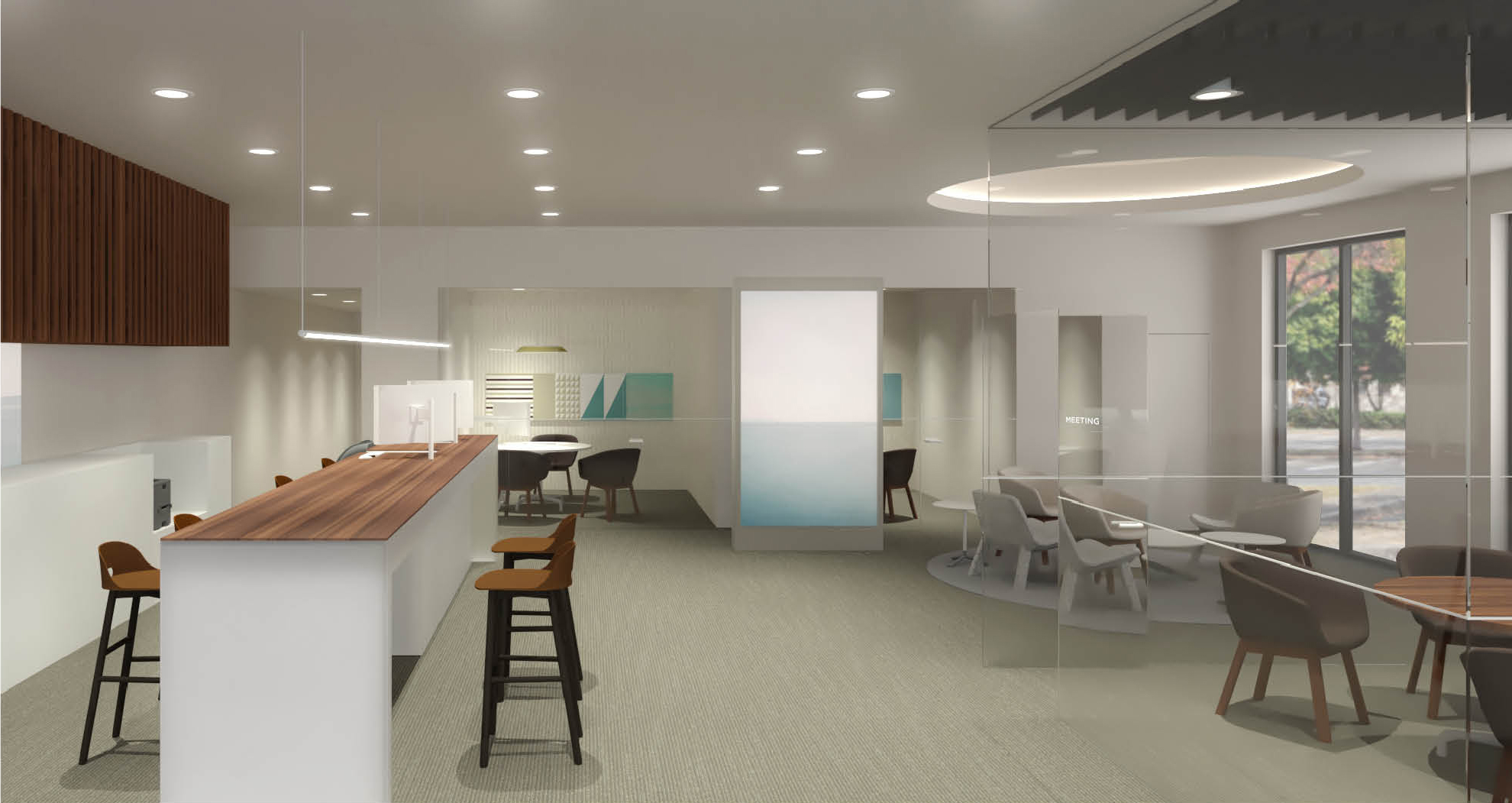