Back to top
SEFCU

SEFCU is a credit union based in Albany, NY serving communities norther New York. They were in the process of evolving their member experience and realized they needed to set a vision for the future in order to make the right decisions today. We were engaged on two parallel paths of rethinking their existing experience across their network, as well as defining their branch of the future in a small 800 SF retail space in the converted train station in downtown Albany. The latter was to be a vision of the future, and distinct from their branches today. It was to be a place where they could test different digital solutions and member engagement scenarios. The program included two digital solutions—one ITM and one ATM—a teleconference space for meetings with a remote specialist, a traditional banker office, and engagement space.

SEFCU had emphasized the futuristic nature of this branch so we began our effort by researching futuristic environments as they had been portrayed in films in search of cues, tropes, and architectural typologies that we may be able to leverage. We found that Stanley Kubrick’s 1968 film 2001: A Space Odyssey was an archetype for the utopian future and that most films used similar architectural elements. This gave us a lexicon for the look of the space.

Next, we focused on the operative dimensions of the space—how it performed through interactions, choreography, flow, and user sequence. We decided to divide the space in half, enclosing one half while allowing the second half to remain completely open. This allowed users of the Kierney building—the converted train station which contained a retail floor, offices and a future planned hotel above—to enter the space even when closed and use the technology for transaction or education. At the center of this space we placed the kitchen island (see our readables section, “The Happy Astronaut”), which was to be an interactive engagement module. Taking a cue from the dynamic of the domestic home today where the kitchen island has become the heart of the home for both internal family and guest interaction. At the back of the space is a full media wall that alters the look and feel of the space depending on the type of content on the screen. It is a also massive visual drawer for people outside the branch. The small environment is packed with a range of engagement type setups, allowing SEFCU to test numerous new interaction strategies—both supplemented with technology and without—as well media content and transaction technologies.

The branch included a significant investment in technology—all of which was integrated into the physical surfaces. We are typically hesitant in designing with this level of technology for a retail bank, but the use-case for SEFCU justified the investment. Beyond the visual impact and member play of the screens, they allow for an educational component. The branch acts as classroom for mobile or online banking with up to four members using a sample interfaces on the table screen and the instructor using the wall media. The table and wall media are integrated so that information can be tossed between them, allowing a question by one person to be addressed to the whole class. 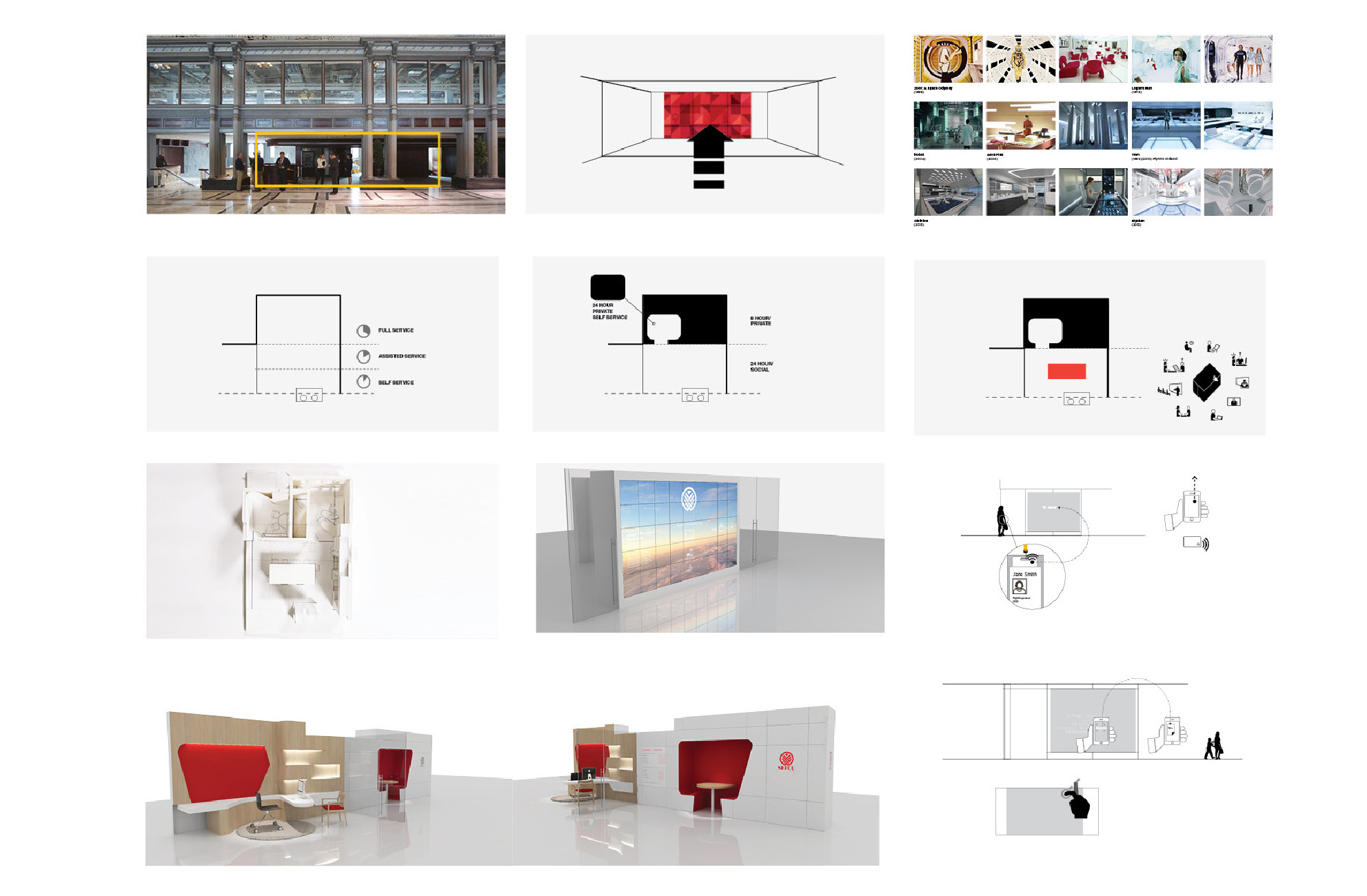